Where do I begin.  I really just want to crawl in my bed.  I’m exhausted.  But we have had so many blessings and protection this week so I do want to get it down in my blog.

Sunday was a typical moves weekend Sunday.  We had twelve going home and I have to say every single one of these twelve are special missionaries to me.  I have been with them my entire mission and most I have worked very closely with.  It gets harder and harder to see them go and yet I know I’m that much closer to seeing a lot of them again.  It’s a weird feeling. 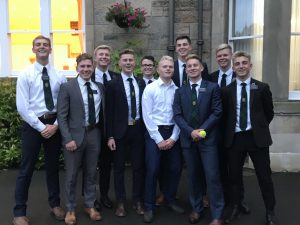 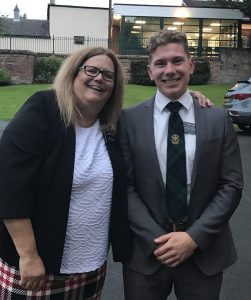 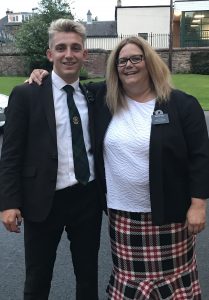 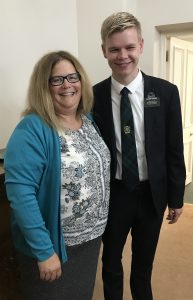 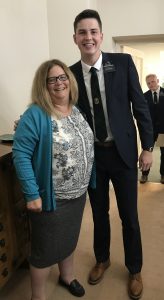 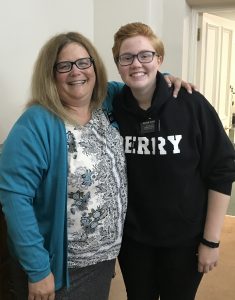 Moves on Monday went well and everyone got to where they were going and were getting settled.  I was getting ready for our 13 new arrivals on Tuesday when the lawyer I’ve been working with on trying to get all our missionaries back legal to be in Ireland called.  I have been asking for help for several months now since the laws have changed for religious workers in Ireland.  There is a lot more to getting our missionaries legal to go into the country now.  Some of it is near impossible to pull off.  But we have been working on it and in the meantime I keep updating the police (garda) with who we have in the country and where they are living.  Well, this past month has gotten worse.  We have had several problems at the border and some of our missionaries have been stamped in their passports that they have to be out of the country within so many days.  This transfer we had 13 new missionaries coming in and we wanted to put eight of them over in Ireland.  I mentioned this to our lawyer and all of a sudden it was like a switch was thrown and everyone started realizing that I really did need help and that we really shouldn’t be allowing missionaries to go into the country until paperwork is done.  So people in Salt Lake began calling the President and by Tuesday afternoon the decision was made that we would pull everyone out of Ireland who did not have proper documentation to be there.  We had 45 missionaries in the Republic of Ireland and all but about 8 needed to come out.  So the day after moves I began moves planning again.

Because of this, our new missionaries who came on Tuesday stayed in Edinburgh for a couple extra days and didn’t even find out who their companions were going to be until a day late.  There were just too many things up in the air and President was juggling all he could.  So parent letters were a bit different.  Because I was so busy working on moves planning, Sister Macdonald sent out the parent letters just telling them their missionary was safe and we would let them know where they were going soon.  So that was something else I had to get done this weekend.  It has just been none-stop work.

In Edinburgh this transfer we had one AP, one Zone Leader, one of our Sister Training Leader Trainers and our District Leader all going home so we have a new AP which I showed last week, two new zone leaders, Elder Norris and Elder Cosmas, a new STLT, Sister Curtis, and a new District Leader.  Here is Elder O’Connor with his brand new companion straight from the MTC.  That makes Elder O’Connor a District Trainer which is a District Leader who is also training.  First time doing both for him.  He is going to do well.  And he is staying here in Edinburgh which is great. 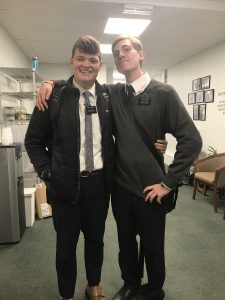 Yesterday, today and tomorrow we have over 50 missionaries being transferred in and out of Ireland with the bulk of them on Friday.  So I spent many, many hours back at the office with Wednesday being 18 hours of sitting behind my desk planning moves and then another 14.5 hours on Thursday and then back to the office on Friday by 6:00 am to start running missionaries to the airport.  If it hadn’t been for some extremely talented zone leaders, we could never had pulled this off but we worked hard as a team and things have gone smoothly for the most part.  Friday we got the bulk of our missionaries moved with virtually no problems.  The one problem I know that we encounter is not being allowed on the bus with two pieces of luggage so I carefully bought two bus tickets per missionary in the Glasgow legs where we have had this problem before and all went well.  We had 23 missionaries into Belfast by 4:30 PM and they were all congregated at the bus and train stations and we had to get them and 46 pieces of luggage to the airport and ferry terminal.  That should have been an impossible feat but a man from out of the blue (who is a member) offered to empty out his truck and came and picked up all the luggage and took it where it needed to go. 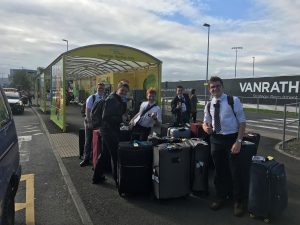 So then a few hours later six of our cars and van over here in Scotland made a run to pick up these missionaries and all their luggage and got them to flats around here for the night and then they all got on early morning trains and buses to their destinations.  We didn’t lose anyone and no one had problems in that large group.  I got to bed about 12:30 AM after this and it felt so good to just close my eyes and know that everyone was where they were supposed to be and were safe.

Then this morning, (Saturday) my phone rang at 4:30 AM and our Aberdeen missionaries had been refused to be let on the bus because they had two suitcases each.  4:30 in the morning…there is no way that bus was full enough that the extra luggage would make a difference.  So I sat in my bed, bleary eyed on the phone with Elder McLeish and worked out new routes and tickets for those two missionaries.

Sister Gifford and I had gotten special permission several weeks ago to attend the temple this weekend.  We were going to be heading to Preston England and then we were going to drive back, stopping at Alnwick Castle in England which is a castle I would really like to see but didn’t think I would get to since it is in England.  After talking to President Donaldson before he left he suggested that since the castle was on the road we would be driving to Preston anyway, we could stop off there on our way back from the temple.  I was really looking forward to this weekend to go to the temple and then to the castle but I think I have reached the end of my energy and I was worried I wouldn’t be able to stay awake in the temple, let alone while driving.  So we stayed closer to home and did a little shopping.

So I don’t even have any great pictures to show you this week.  We drove to Stirling today in hopes of seeing the Dunmore Pineapple House but we tried everything we could think of and the gates were locked and we couldn’t get in.  So if you want to see a neat looking house, google Dunmore Pineapple House.  We also thought we were going to see something else we had never seen before called Mars Wark but when we got to it we realized we have seen it many times as it is a ruined castle-looking building right next to the Church of the Holy Rude in Stirling.  So our culture for the day was non-existent.  We did walk the streets of Stirling looking for souvenirs to take home and walked along the old city wall.  We saw some beautiful flowers as usual too.  So here are a few random pictures of what we saw today.  Nothing too exciting. 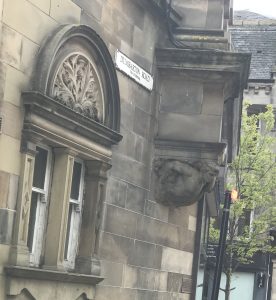 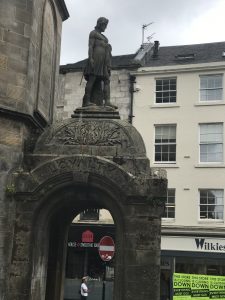 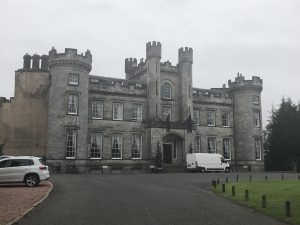 And now I think I’m going to go to bed, even though it is only 7:00 PM here.  I hope pre-school was fun this week Kaylee.  Also, I want to say that I challenged my family to read the Book of Mormon while I’m gone on my mission and then we would do something fun for everyone who accomplished that when I get home.  Skyler and his entire family finished the Book of Mormon last week.  I am so proud of them.  That’s a big accomplishment.  I know Lacey’s family isn’t far behind.

I hope you all have a wonderful week.  It’s feeling like fall here.  We have our heat back on.  Summer doesn’t last long in Scotland.  It’s been rainy again several days this week.